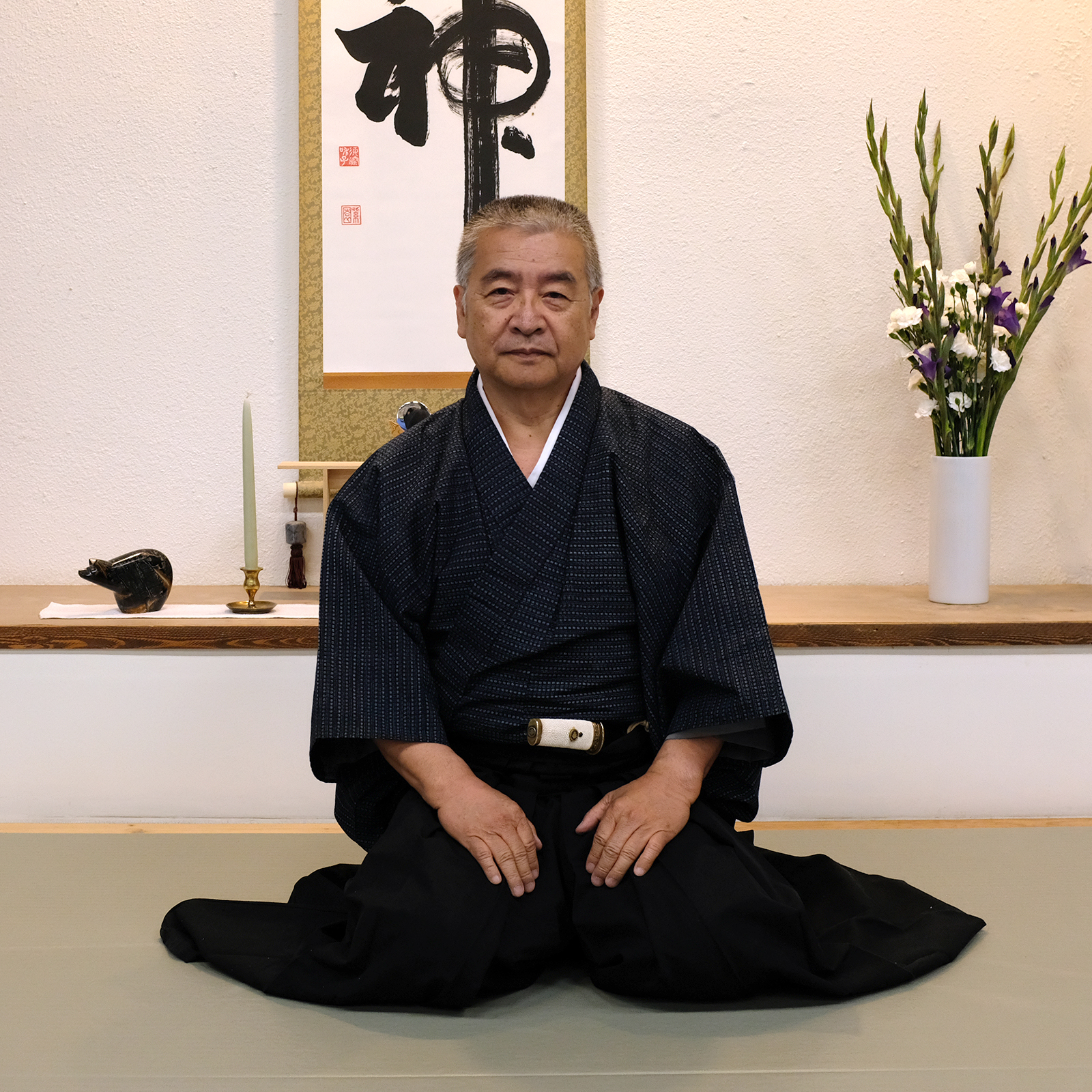 Okuyama Sensei earned a degree in engineering and returned to Japan in 1976, where he studied at Hombu Dojo in Tokyo and Gessoji Temple with H. Tada Shihan, 9th Dan. He returned to the US in 1979. In 1981, he began training under the late T.K. Chiba Shihan, 8th Dan, in San Diego.
Okuyama Sensei founded Great Lakes Aikikai in 1988 in Ann Arbor, Michigan. He also taught Aikido at the University of Michigan. On January 12, 2014, Kagamibiraki, he received the rank of 7th Dan from Doshu. He also holds the title of Shihan (grand master). He relocated to Albuquerque in 2001. 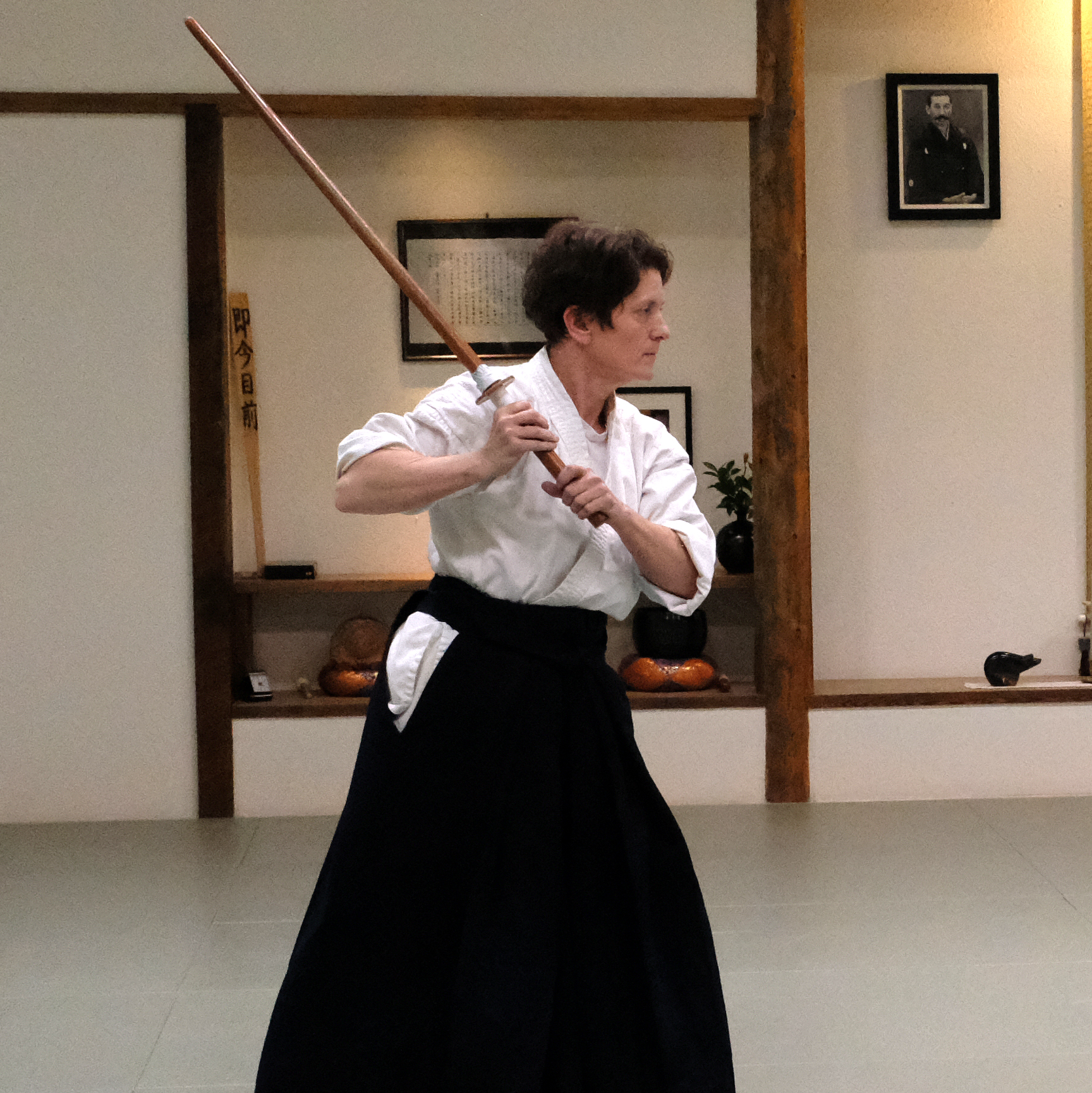 Dulcey started Aikido training in 1994 when she was a graduate student in Ann Arbor, Michigan, studying the history and politics of East and Southeast Asia. Dulcey immersed herself in the study of Aikido as well as Iaido (the art of the Japanese sword) under Okuyama Sensei when he was Chief Instructor of Great Lakes Aikikai in Ann Arbor. Coming from a highly competitive soccer background, she appreciated how the dojo environment fostered deep growth in a person’s humanity beyond the need for winning and losing. She found weapons training was vital to becoming more fully present and sharpened the ability to not harm. Desiring to go further down the path toward teaching this art, she was accepted to the kenshusei program (instructor-in-training apprenticeship) in 1996, and was an assisting instructor from 1997-2001. After Okuyama Sensei moved to New Mexico in 2001, Dulcey trained and taught as senior student under Frank Apodaca Shihan (then of Mid-Michigan Aikikai) from 2001-2008. In 2008 she relocated back to her home state of Colorado, and was able to rejoin Okuyama Sensei periodically in Albuquerque, but suffered serious injuries after being hit by a drunk driver in 2009.

In the process of rebuilding her body and retraining her nervous system since that time, Dulcey gained insight on how to refine movements and find more ways for the forms to express themselves through her body with less effort. She currently teaches in Denver as well as supporting her own training at Albuquerque Aikikai with Okuyama Shihan. She holds the rank of 3rd Dan (black belt) and is certified to teach as Fuku-Shidoin by Aikido Okuyama Juku. She also holds the rank of 2nd Dan in Iaido (the art of Japanese sword), and has trained in meditative traditions in Sri Lanka, Thailand and the United States, including intensive Zen practice at Seattle’s Choboji temple. Outside the dojo, Dulcey works as a certified practitioner of Rolfing® Structural Integration. 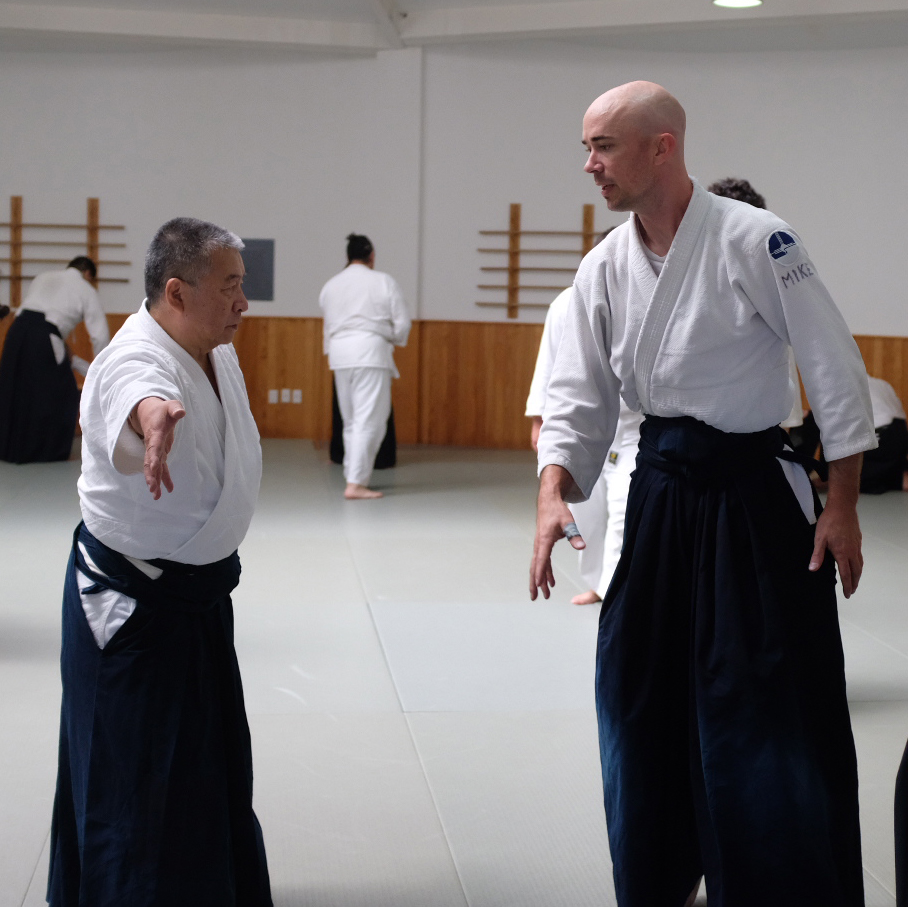 Mike developed an interest in Japanese culture as well as the meditation practice of Zen Buddhism in early 2000. He also had an interest in martial arts and particularly in the art of the Japanese sword (Iaido). In 2004, he immersed himself in Aikido and Iaido at Albuquerque Aikikai, under Okuyama Shihan. Over the years of his training in Aikido, he deepened his understanding of traditional and modern Japanese culture in his evolving design work, including studying Japanese architecture over the summer of 2008 in Kyoto. He became an assistant instructor at Albuquerque Aikikai in 2012, and finds Aikido to be an integral element in his life.

As a process-oriented professional he appreciates the depth of focus and expanded awareness both on and off the mat that has evolved through his Aikido training. He finds Aikido practice allows iteration, refinement and learning at multiple levels; simply starting to enter into an attacker’s space is a profound study for the beginner and for the student of many years. Weapons training in particular instills a sense of urgency and precision in his movements. He has also seen in himself and others how Aikido training is like a whetting stone that helps craft, sharpen and refine one’s grounded core of being.

Mike moved to Denver in 2014 to pursue his design career, and currently teaches in Denver as well and pursues advanced instruction at Albuquerque Aikikai with Okuyama Shihan. He holds the rank of 3rd Dan (black belt) and is certified to teach as Fuku-Shidoin by Aikido Okuyama Juku. He also holds the rank of 2nd Dan in Iaido (the art of Japanese sword). Outside the dojo, Mike works as an design manager in a tech firm in Denver.

Diversity, Inclusion & Ethics
Front Range Aikikai values diversity and inclusivity. Our goal is provide a safe, professional atmosphere that values individuals of different ethnic, religious, and socio-economic backgrounds. This enriches our training and our lives, both on and off the mat. In our dojo, instructors have the responsibility to demonstrate high ethical standards and foster a positive learning environment for student growth.